Phishing Or Hacked? And Election Fallout!!!

Well, here’s a You.Gov poll recently released. (pdf) By all means, scroll through it. Most of it is mundane stuff, in which the responses are entirely predictable.

Now, typically on polls, I’d pick through and highlight the dishonesty as to how it was represented or how the questions were skewed to get a desired response. And, yes, this poll is no exception. But, some of this stuff leaves me scratching my head. But, we’re still talking about the election and stuff, so, I’ll focus on that.

One of the big issues Trump was elected on was the promise to repeal Zerocare. The left wailed about this and are still wailing and gnashing their teeth and whatnot. , they said. Care to venture why so many of the working poor lined up with that rich guy? 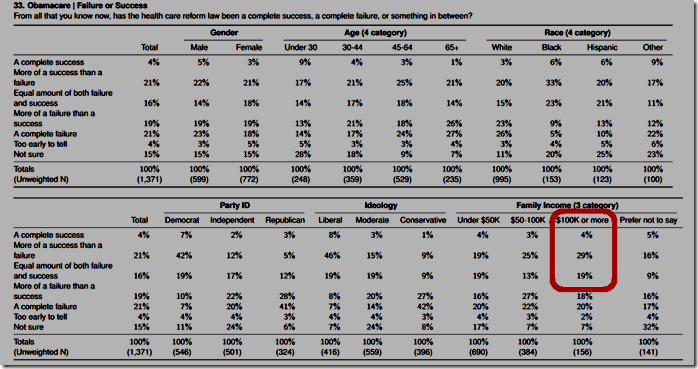 Yes, in only the income category of $100k or more do the majority believe…