According To Leftists ….. Only Racists Believe We Should Be Preventing The Epidemic Crime Wave Committed By Illegal Aliens!!! 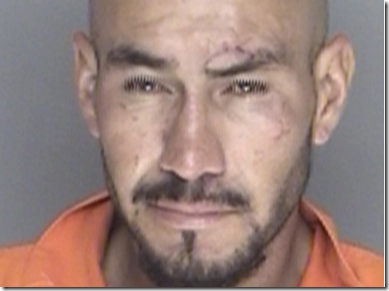 Victor Aureliano Martinez Ramirez, an illegal alien who allegedly broke into 64-year-old Marilyn Pharis’s home, raped her and savagely beat her with a hammer, had been arrested four times by Santa Maria police in California — and was on probation at the time of his arrest.

Police say Ramirez broke into Pharis’s home on July 24, raped her and beat her with a claw hammer, leaving her for dead before trying to break into another home.

Ramirez pled not guilty on Friday to charges of “attempted murder, first-degree burglary with person present, assault with intent to commit rape, sexual penetration by foreign object and resisting a peace officer,”according to HNGN. He also faces special allegations: “the use of a deadly weapon…