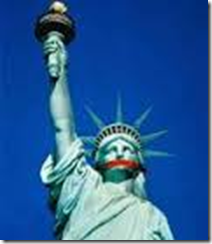 There’s been such a distortion of our First Amendment it has become unrecognizable from what it plainly states to how it is interpreted, today.

DENVER – Judge Brooke Jackson issued a curt decision today refusing to issue a federal injunction that would have allowed Citizens United to air and advertise a documentary on Colorado politics ahead of the November elections without disclosing funding behind any advertising related to the movie.

Citizens United lawyer Ted Olson argued that Colorado’s disclosure laws unfairly privilege the press by not requiring them to disclose who funds reporting. He said Citizens United should either be given a press exemption as well or that no such exemption should exist.

“I am not convinced,” wrote Jackson, while the larger case works its way through the courts.

Judge Brooke Jackson should be removed from the bench, charged, tried, and convicted of sedition against the US…