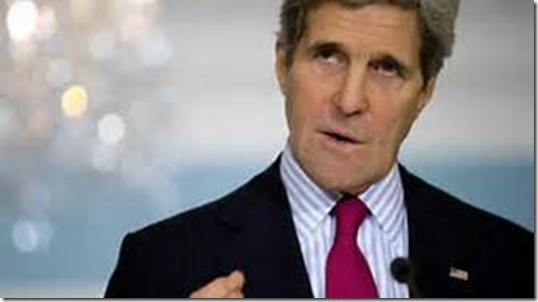 Secretary of State John Kerry calls Russia’s military incursion into Ukraine `an incredible act of aggression” and says President Vladimir Putin has made “a stunning, willful” choice to another country.

Kerry says Russia should respect the democratic process through which the Ukrainian people ousted their pro-Russian president and assembled a new government.

Kerry is raising the possibility of boycotting the June meeting of the Group of Eight leading industrialized countries in Sochi, Russia.

Kerry said and other nations on Saturday, and says

There’s about a 1000 different things to discuss regarding Russia’s invasion of the Ukraine. I note it’s characterized as an invasion, rather than an uncontested arrival. But, that’s not what I want to talk about.