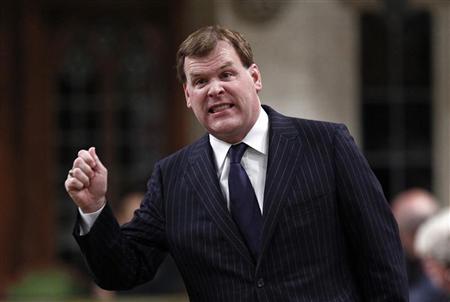 Canada has suspended diplomatic relations with Iran, closing its embassy in Tehran and giving all Iranian diplomats in Canada five days to leave the country, Foreign Minister John Baird said on Friday, calling Iran the biggest threat to global security.

Baird, in Russia for an Asia-Pacific Economic Cooperation (APEC) meeting, said Canada’s actions were not linked to growing speculation that Israel might launch an attack on Iran’s nuclear facilities.

“Unequivocally, we have no information about a military strike on Iran,” a spokesman quoted Baird as telling reporters.  Canada’s Conservative government has long had very poor relations with Iran, arch-enemy of close Canadian ally Israel.

Baird cited Iran’s nuclear program, its hostility toward Israel and Iranian military assistance to the government of President Bashar al-Assad of Syria, which is locked in civil war with rebels. He also said Iran is a state sponsor of terrorism.